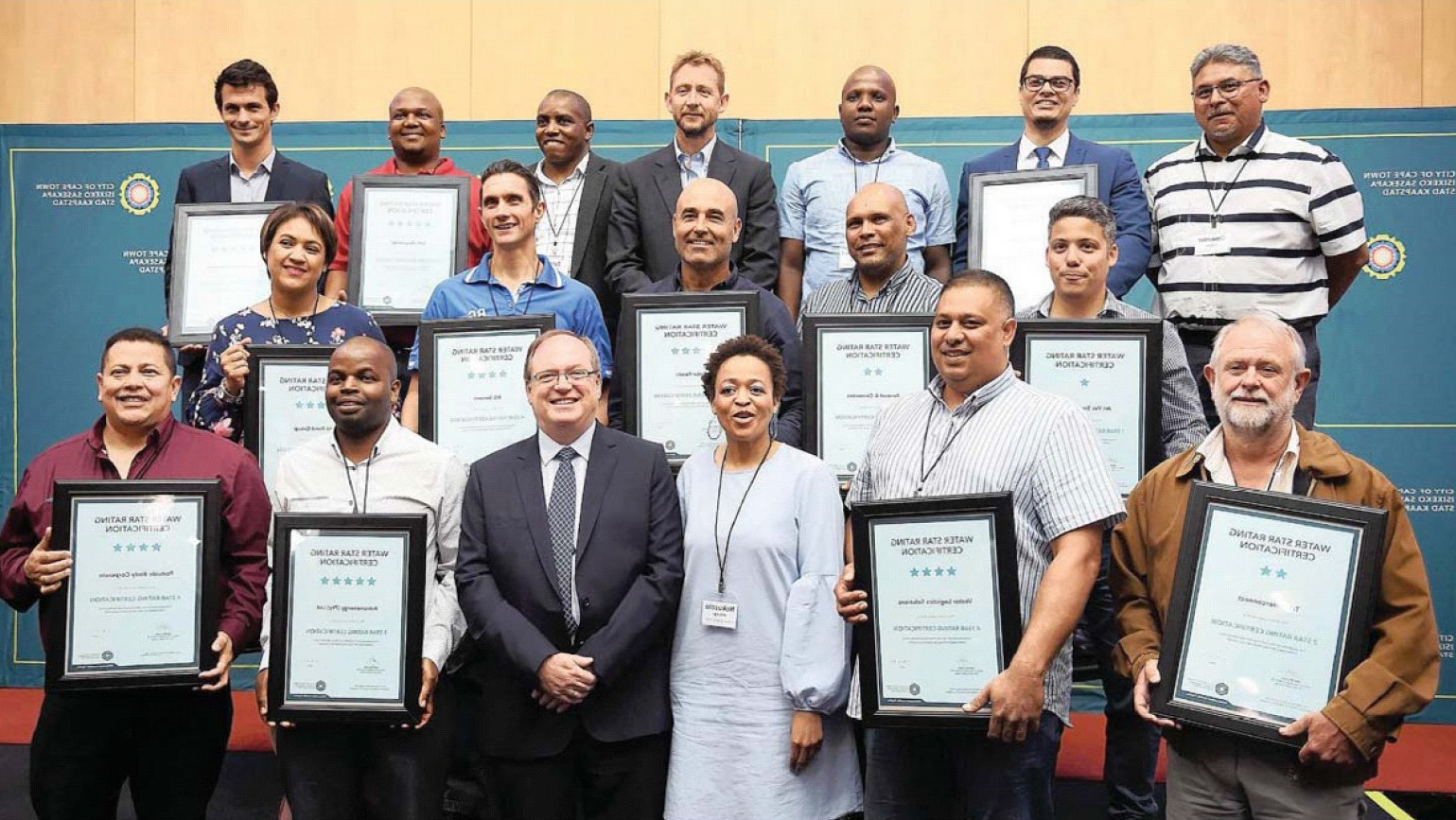 VECTOR PENINSULA MAKES A SPLASH – WITHOUT WASTING A DROP OF WATER

By massively reducing its fresh water consumption, our Vector Peninsula team has proven that seeing and doing things differently is all it takes to save our precious water resources, one drop at a time. In the process they not only helped Cape Town beat Day Zero but are shifting the way we could think about fresh water elsewhere in our business too.

Led by a passionate team of water warriors (ala “Team Splash Back”), they were able to drive potable water consumption down by another 21% in 2018, to an average of 830 KL per month. This they did by introducing waterless condensers, rainwater and defrost water harvesting, and installing flow reducers and waterless urinals. But the best was still to come….

The team wanted to find alternative water sources to reduce their dependence on municipal fresh water even more. This they did by securing permission to use treated municipal effluent water for non-freshwater purposes on site – and constructing a 1km long pipe to get it there! As soon as the depot started piping in effluent water in September 2018, monthly freshwater consumption dropped from 886 KL in August to just 180 KL in November. That’s less than 10% of what they were using three years ago!

“This is a massive monthly saving of 1 600 KL of potable water, which means that we are not only reducing our load on the environment now but ensuring we are more resilient in future drought conditions,” says Operations Executive Jurie Schoeman. “All of this has been made possible through collaborating internally and externally to find smart, cost effective ways to tackle the water challenge as a team.”

Next time you think your water savings are a drop in the ocean, think of the ocean as a sea of tiny drops – and yours counts! Thank you Team Vector for inspiring us to look at the big picture. Team Splash Back – leading our Vector Peninsula team into a water-smart future!