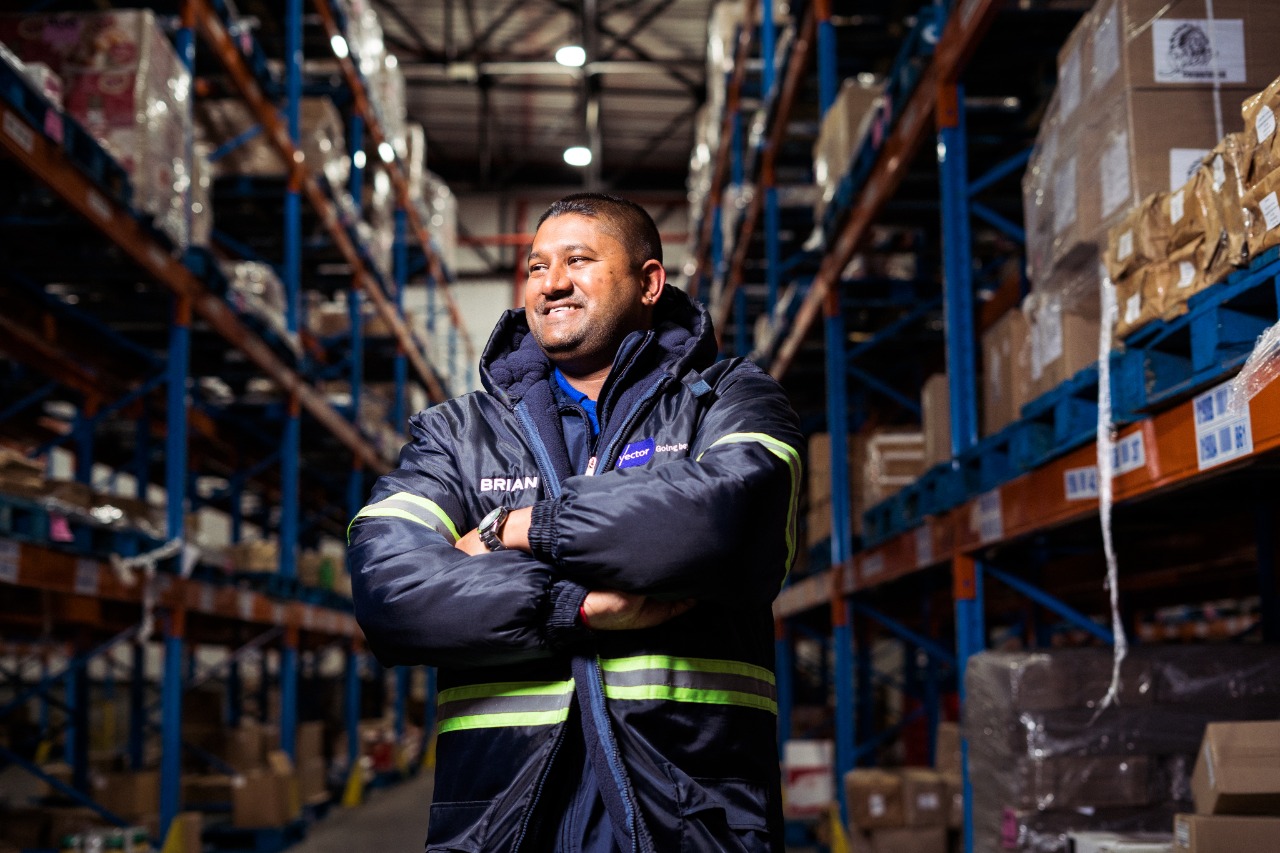 Brian Harinarain has been with Vector Logistics since 2001, when it transitioned from I&J to the Vector Logistics we know today. He first started out as a warehouse picker and his positive & willing attitude enabled him to quickly worked his way into a dispatch checker role. He continued to move up in 2003, when he was promoted to a clerk role. With lots of learning, hard work, perseverance, training and development, he was promoted to shift controller, responsible for running and supervising the operations and staff. Finally, Brian was promoted to Acting Warehouse Controller, where he serves today.

Having started his career at Vector Logistics back in 2001, Brian has been a witness to the vast changes two decades can spark. “There have been a lot of technological advancements over the recent years as most of the warehouse processes were paper driven,” he recalled. “We are at the end phase of fully digitising the warehouse operations from inbound, outbound and transport procedures. Thereafter, the focus will be on improvements and creating efficiencies,” he added. Having been with us from the start, Brian has first-hand accounts of all the change that’s happened, but some things, we’re glad to say, never change, and that’s for the better. “The unity and culture has not changed over the years, however, our Vector family has grown bigger, stronger and more knowledgeable,” said Brian.

When asked about the culture at Vector Logistics, Brian couldn’t help but share his enthusiasm. “It’s amazing!” he exclaimed. “It is a positive diverse workplace culture which creates a productive working environment. I get to work with people from different walks of life,” he said. It’s clear that the Vector Logistics culture is what kept Brian with us for so long.

Over the 20 years of being at Vector Logistics, Brian himself has also changed a lot. One of his biggest challenges early on was communicating with team members. “When I started at Vector, I was nervous about communicating with other staff members,” he said. “My interpersonal skills were not at their best.” But, with time and with a little nudging from the company, Brian has grown his communication skills to match his hard work and passion. “Vector Logistics invested in leadership courses within my career development, which helped me to overcome this obstacle. Now, I can confidently stand in front of staff and communicate effectively,” he said.

Inspired by his current outbound Manager, Mr Nic Mkhize, Brian has learned to never be afraid of taking up challenges and that he is destined to be more than he is today. Brian hopes to study and become a Logistics Manager in his future at Vector Logistics, and with his outlook on teamwork and collaboration, he would be a great fit. “I believe collaboration with a good team can help solve difficult problems and get things done, as well as treating everyone with respect which includes valuing each other’s opinions and suggestions,” Brian said.

Brian’s 20-year presence at Vector Logistics is an inspiration to us all. His constant drive to learn more, become a better leader, and make a lasting difference make him a living testament to what it means to GO BEYOND.

June 9, 2022 Vector Trade Marketing Graduation 2022
November 11, 2021 Vector Logistics Thekwini Goes Beyond With Santa Shoe Boxes Again
October 25, 2021 Network Optimisation Manager, Luc Kanda goes the extra mile so that we can GO BEYOND
BACK TO Our Stories